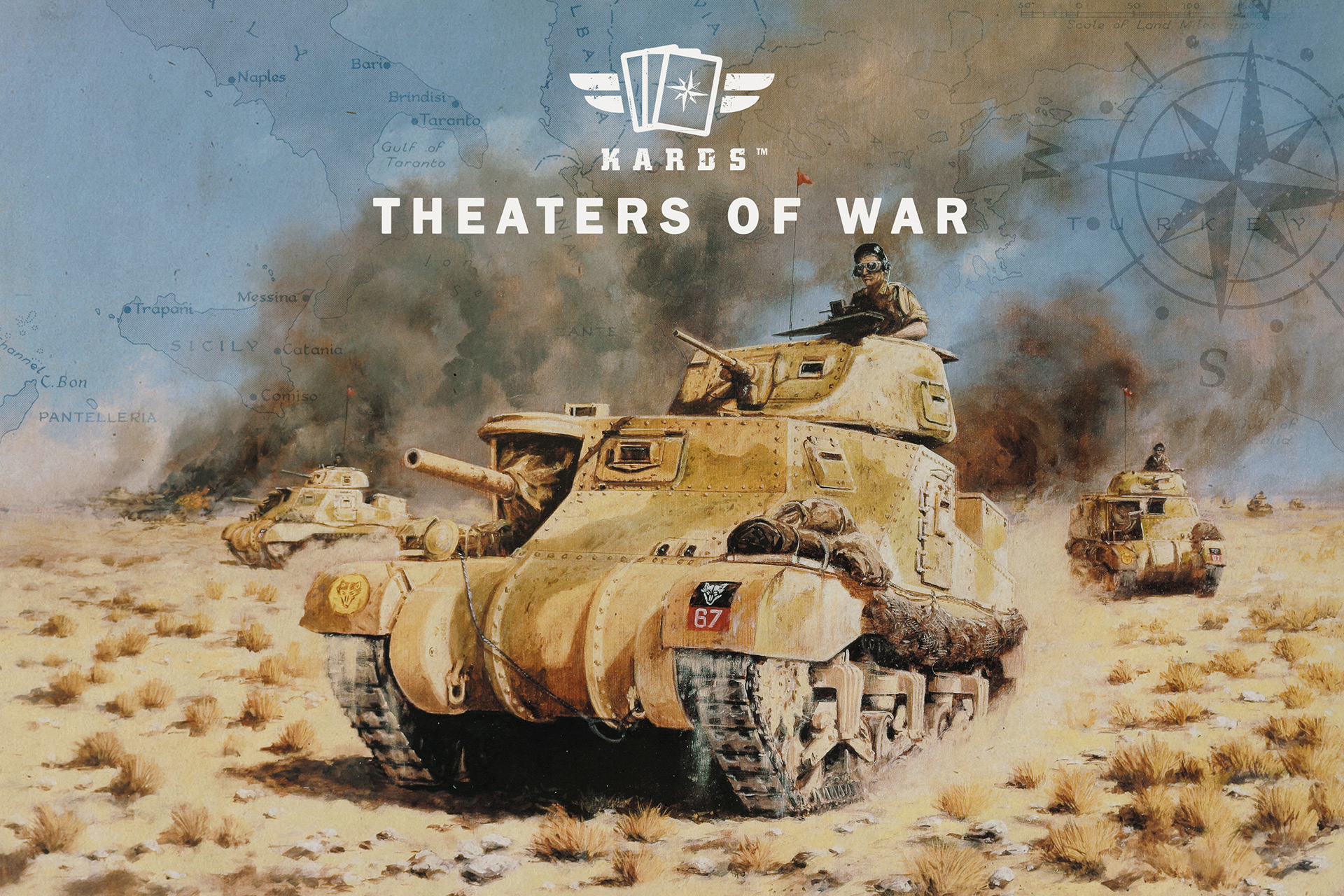 Theaters of War – The campaign-mode expansion

The Theaters of War update brings five single-player campaigns to the game, each representing some of the most iconic battles of the era. The update includes 40 unique new cards that unlock as players complete the campaigns, delivering further depth and strategic gameplay.

Here are the highlights of Theaters of War:

KARDS five main nations - Britain, Germany, Japan, USA, and the Soviet Union - each receive their own unique campaign inspired by some of the most iconic battles of the Second World War. You can use one of three strategies to complete each campaign (more about that below).

Following Operation Torch and the fall of Morocco and Algeria, the race was on for Tunisia.

Take charge of the British forces on their march to Tunis City to capture the capital and facilitate the surrender of all Axis forces in the area.

In this campaign, you take charge of the German Afrika Korps sent to Libya to stem the advance of the British. Take the fight to Egypt, securing Alexandria and the Suez Canal itself.

Fall of the Philippines

Imperial Japan is on the offensive as they invade the Philippines hours after the attack on Pearl Harbor.

Successfully taking control of the Philippines secures a supply line from the Japanese home islands, provides a stepping stone for further conquests and deprives the US of an advance base in the region.

The Guadalcanal campaign was the first major allied land offensive against the Empire of Japan. The island contains an airfield that can prove decisive in turning the allies from waging a defensive war into an offensive one.

Operation Barbarossa saw Germans advance far into the Soviet Union on all fronts. After Kiev, most of the trained Soviet reserves were depleted and the Germans are on Moscow's doorsteps.

Take charge of the Soviet defensive to halt the German advance to Moscow and take advantage of the winter to turn the tides of the invasion.

Each campaign offers three different strategies (see above) to achieve operational success. You will receive different units and orders throughout the campaign, which can vastly change the approach to victory.

Each different strategy requires an entirely different approach and is inspired by historical events.

As you progress through the campaign, you will upgrade your units to better tackle what is to come and provide multiple different paths to success. The combination of different strategies and units to enhance results in fun and engaging replay value for each of the campaigns.

Theaters of War brings 40 new unique playable cards, 8 for each of the main nations for your collection. You earn the new cards as you complete each phase of the campaign.

As you progress, you unlock the complete set for each card (all 4 standard cards, all 3 limited or both special cards), getting 21 cards per nation or 105 for all 5 nations.